Skip to content
Sign Up and See the Difference
LensCrafters Appreciation Week is happening now! Subscribe to LensCrafters to receive early access to our latest news and biggest sales and take advantage of exclusive offers

See The Change of Season More Clearly
40% off lenses with frame purchase. Schedule your eye exam now. We accept most vision insurance plans, including: Aetna, EyeMed, Humana United Healthcare Vision, and many more. At LensCrafters all prescriptions are welcome! Your health and safety is our top priority. We’ve created a customer and patient experience that prioritizes health and safety without sacrificing our quality of care.
Sign up
Return to Nav

Doctors at this store 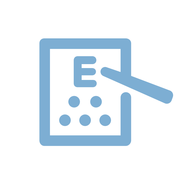 The destination for vision insurance members. Many insurance plans accepted.
Call us at (251) 943-4667 to learn more.

Shop at this Location

KNOW BEFORE YOU GO

With a mission of helping people look and see their best, your Foley LensCrafters has a passion for eyes. LensCrafters located at 2601 S. McKenzie offers the best selection of the latest trends in eyewear from leading designer brands. Associates at LensCrafters are trained to provide you with personalized eye health service throughout your experience. Eye exams are available from Independent Doctors of Optometry at or next to LensCrafters in most states.